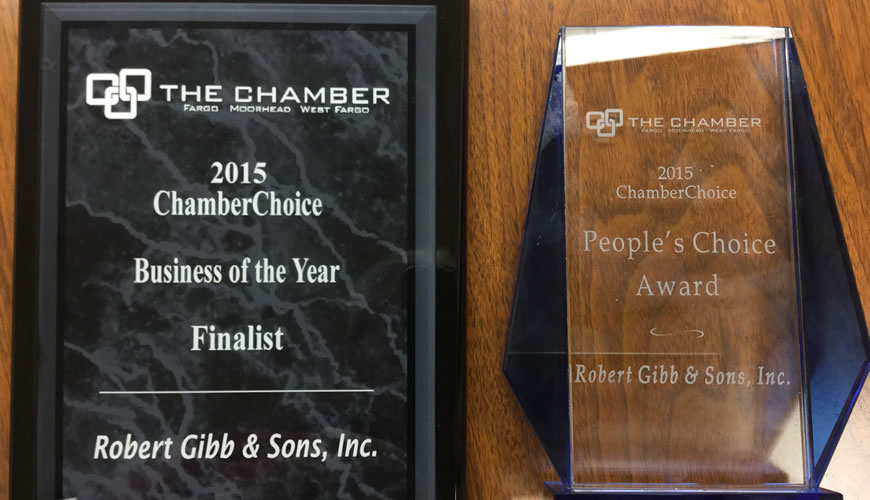 The Fargo Moorhead West Fargo Chamber of Commerce has announced its 2015 ChamberChoice award winners. Robert Gibb & Sons made the top three as a finalist for BUSINESS OF THE YEAR And Robert Gibb & Sons received the coveted PEOPLES CHOICE AWARD!!

The Peoples Choice is voted on by over 3,000 chamber members.

The winners were announced at The Chamber’s annual ChamberChoice Awards Luncheon held Tuesday, May 19 at the Ramada Plaza & Suites and Conference Center. Nearly 700 people attended the event, which honors the important contributions made by businesses, nonprofit organizations and entrepreneurs in the Fargo Moorhead West Fargo metropolitan area.

The ChamberChoice Award finalists and winners were selected by a panel of independent judges from the regional business community, who evaluated accomplishments in the areas of business growth, innovation, creativity, community involvement and unique achievements relating to a specific business or industry.